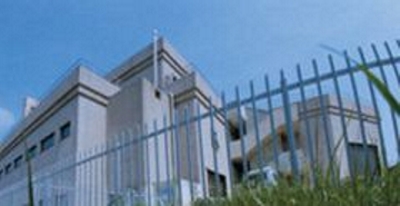 Founded in 1979, Contrive has established a tradition of supplying powerful and innovative technology, both in our own commercial products and as an OEM supplier to leading manufacturers.

Payment must be made in EURO to the following Bank Account (unless otherwise specified).

In six words, corporate culture is "How we do things around here". Corporate culture is the collective behavior of people using common corporate vision: different individuals that bring to the workplace their own uniqueness, knowledge and culture.
So corporate culture encompasses moral, social, and behavioral norms based on the values, beliefs, attitudes and priorities of its members.


"Technology solutions that shape the future are those with the greatest potential to improve the way we live and work and the greatest potential for commercial success.
Large companies rarely conceive these technologies.
Rather, they are more often the product of visionary inventors or small companies working intensely, with a strong sense of purpose, dedication and cooperation people who want to make a difference in the world through their work."
- Marvin Maslow - President, Manhattan Scientifics
"Imagination is more important than knowledge. Knowledge is limited. Imagination encircles the world."
- Albert Einstein [1879-1955] - Scientist, Humanist
"Creativity is thinking up new things. Innovation is doing new things."
- Theodore Levitt [1925-2006] - American economist
"Make a technical contribution; innovate, don't emulate."
- David Packard [1912-1996] - Co-founder of HP
"Sometimes when you innovate, you make mistakes. It is best to admit them quickly, and get on with improving your other innovations."
- Steve Jobs [1955-2011] - Founder of Apple Computers
"An important scientific innovation rarely makes its way by gradually winning over and converting its opponents. What does happen is that its opponents gradually die out, and that the growing generation is familiarized with the ideas from the beginning."
- Max Planck [1858-1947] - German Theoretical Physicist
"I'm perfectly capable of making mistakes, every kind of mistake."
- Bob Pease [1940-2011] - Legendary analog engineer
"The future belongs to those who believe in the beauty of their dreams."
- Eleanor Roosevelt [1884-1962]

Subscribe to our Telegram channel to receive news and updates to make the most of your IoT device.